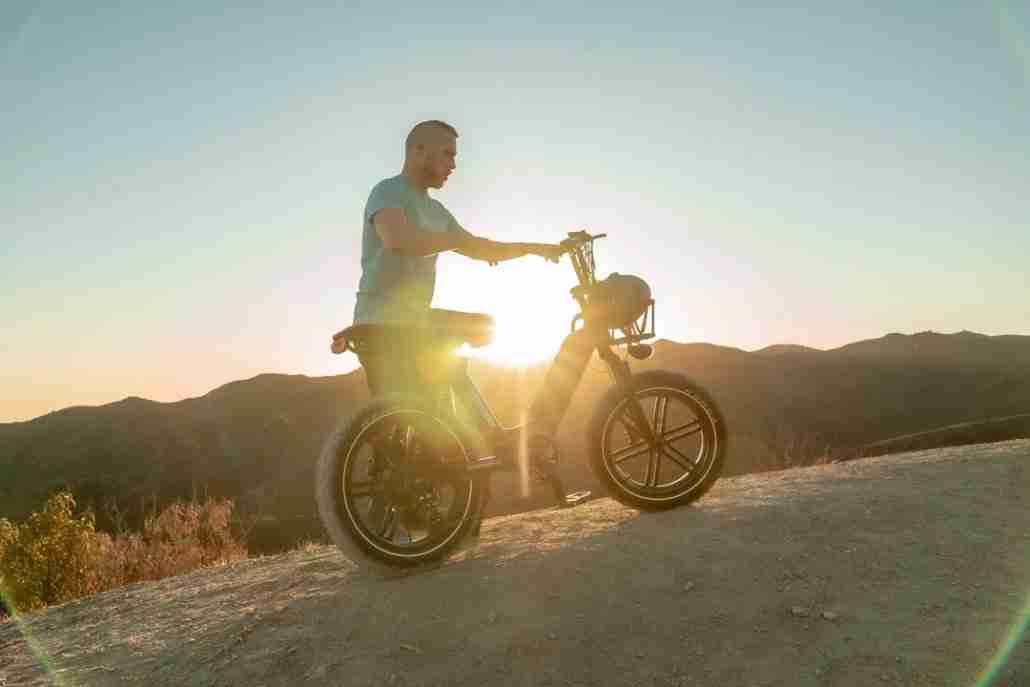 Biking vs. Running: Which is Better for Seniors?

The debate has long existed about which activity is better for senior citizens: running or biking. After all, it is very important for seniors to establish quality exercise routines that are safe, healthy, and effective, helping them to live long and happy lives. Some seniors may ask, is cycling better than running? The reality is that both biking and running are good exercises, and each has its own advantages. To determine which is a better activity for seniors, you need to analyze the benefits of cycling vs. running.

Deciding which exercise is best for seniors between biking or running comes down to several factors, including the health benefits associated with each, the injury risk, the distance one is able to ride or run, what the activity does for your muscles, and, of course, the costs associated with them. Let’s take a closer look at each of these factors so that you can better determine which exercise, running or biking, is best for seniors.

It should be no surprise that both cycling and running are good for your health. It’s not always about asking if cycling is better than running, for example, but about which is the better physical activity for you and your health. For senior citizens, the health benefits of cycling are clear, reducing the risk of cardiovascular disease, improving lung health, promoting good blood circulation, lowering blood lipids, improving bone health, and even reducing joint inflammation.

With running, on the other hand, much more stress is put on the heart and joints to achieve the same results. Middle-aged and elderly people with poor cardiac function should consider cycling instead of running. Especially over long distances, running takes a large toll on joints and bones, putting enormous pressure on them with each stride. On a bike, those joints are relieved by the support of the pedals. And while a moderate-speed run will burn slightly more calories than moderate-speed biking, because cycling is easier on the body than running you will be able to sustain your pace for longer periods, ultimately leading to more comfortable, relaxing, and fulfilling exercise.

Both running and cycling can cause injuries, just as any physical activity can. However, the types of injuries vary depending on which activity, running or biking, you pursue. Cyclists are more prone to knee, head, neck, back, and wrist injuries, which are mainly due to long periods bent over as well as the potential for falling. Runners, meanwhile, are prone to foot, leg, knee, pelvis, and back injuries. Because running puts a lot of pressure on foot and knee joints, along with lower backs, the force actually makes injuries more common amongst runners.

Seniors looking for a new exercise routine and choosing between biking or running should consider these potential injuries. Overall, less than half of cyclists report pain from injuries, while that number increases to two-thirds for runners. Especially over many years, the impact that running can have on the joints and backs of seniors can play a significant role in long-term health.

Perhaps one of the most important factors to consider between biking or running is the distance that you can travel during each activity. With running, your distance is truly limited to how good of shape you are in. It takes a lot of time to build up your endurance, but eventually you can build up to multiple miles per run.

Cycling allows you to travel much further distances, as it takes far less effort to travel at the same or even faster speeds as running. This also provides cyclists with the ability to explore a much wider range of activities, particularly with electric bikes. Middle-aged and elderly people can use electric bikes to not only exercise but also travel, commute, go shopping, and even buy food. The accessibility is far greater when cycling compared to running so that you can be productive while also getting healthy.

Seniors who are looking for a good exercise routine and are choosing between running or biking should be cognizant of the specific muscles they want to work out.

No fitness activity is without financial costs, though some are more than others. Between running or biking, running will carry the lower costs. After all, all you would need to get started safely is a quality pair of running shoes and some comfortable clothing.

By contrast, cycling carries higher costs, though it is important to put these costs into perspective. Like with running, cycling requires quality shoes and comfortable clothes, but cyclists will also need a bicycle, a protective helmet, and a bike lock, at the minimum. For upgrading to a premium electric bike, the cost will be even higher.

However, there is another way to look at these costs. For example, Himiway’s fat tire electric bike is more affordable than most competitors, and it upholds the high quality that you expect in an e-bike. The other thing to keep in mind is the longevity of biking equipment. Unlike running shoes, cycling shoes last for a long time, just like bikes, helmets, and locks. Spread out over years, the cost of establishing a cycling exercise routine becomes much more affordable than many realize.

Ultimately, the benefits of cycling vs. running are far greater for senior citizens. If you are middle-aged or older and are choosing between biking or running for a safe, healthy, and long-term fitness routine, then cycling is the easy choice.