We’re honoured to repost this great article our friends at The Delta Optimist have just published. Viva la Ebike revolution!

Ebike Canada is at the forefront of a move toward this healthier, greener form of transportation 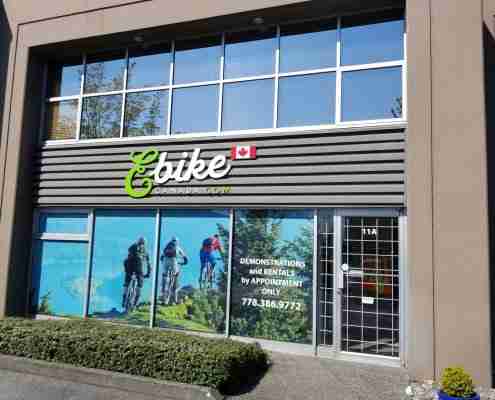 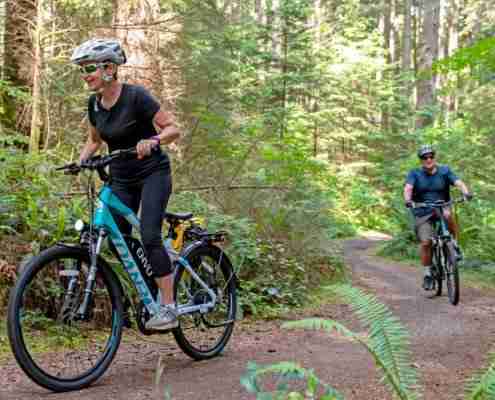 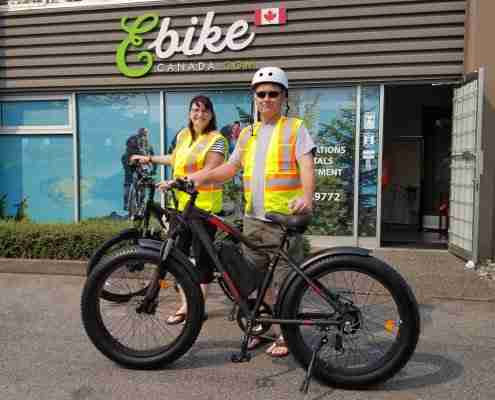 Earlier this summer, Chris Scurr, co-owner of Ebike Canada, sold an e-bike to an 85-year-old customer who hadn’t ridden a bicycle in years.

While he had never wanted to stop riding and was still capable of cycling on flat terrain, the physical challenge of uphill and wind-facing pedalling led him to abandon this beloved activity a long time ago.

A month and a half later, the customer reported back.

“He told me he’d ridden 1,000 kilometres already!” says Scurr. “He’s finding it absolutely wonderful, and it’s opened up his world completely in his older years.”

E-biking is transforming the lives of countless people in similar ways, physically and emotionally.

What is an e-bike? Quite simply, it’s a bicycle with an integrated electric motor (powered by a rechargeable battery) that the rider can activate anytime at the push of a button, or by the computer onboard sensing how much assistance to provide.

Unlike motorcycles, scooters or mopeds, e-bikes offer the option of alternating between manual and assisted power. They’re also lighter, travel at lower speeds and burn no fossil fuels. And because they’re classified as a bicycle, no driver’s license or insurance is required (although a minimum age restriction may apply; for instance, in B.C. you must be 16 or older).

While e-bikes have existed in various forms since the late 1800s, technological advancements mean they’re now better and more popular than ever.

Scurr and his business partner, Craig Perkins, felt e-bikes offer so many benefits that they launched TheElectricBike.com in 2014. They offer dozens of exclusively Canadian-designed models through their website as well as at their new Delta showroom, where anyone can test-drive whichever model best suits their needs, size and abilities. All consultations and test drives are COVID-safe and everything is pre-sanitized.

“E-bikes offer a great way for everyone to get healthy exercise,” says Scurr. “People of all ages love e-biking, but it can be life-changing for people who are a little older. It helps so much to have a little back-up assistance when you’re against the wind or needing to go up a big hill – just hit the accelerator or the assisting button and you’ll be whisked up there.”

“Plus,” adds Scurr, “you’re not polluting at all!”

Indeed, Ebike Canada is so invested in the environmental benefits of e-biking that the company has partnered with the non-profit One Tree Planted, which plants a tree whenever an e-bike is sold by them.

“I don’t hug trees or anything,” says Scurr, laughing, “but I do believe we should all take complete personal responsibility for how we treat our planet, because it’s the only one we have.”

Your go to place for everything Ebike in Canada
– Since 2014 –

Your go to place for everything Ebike in Canada
– Since 2014 –