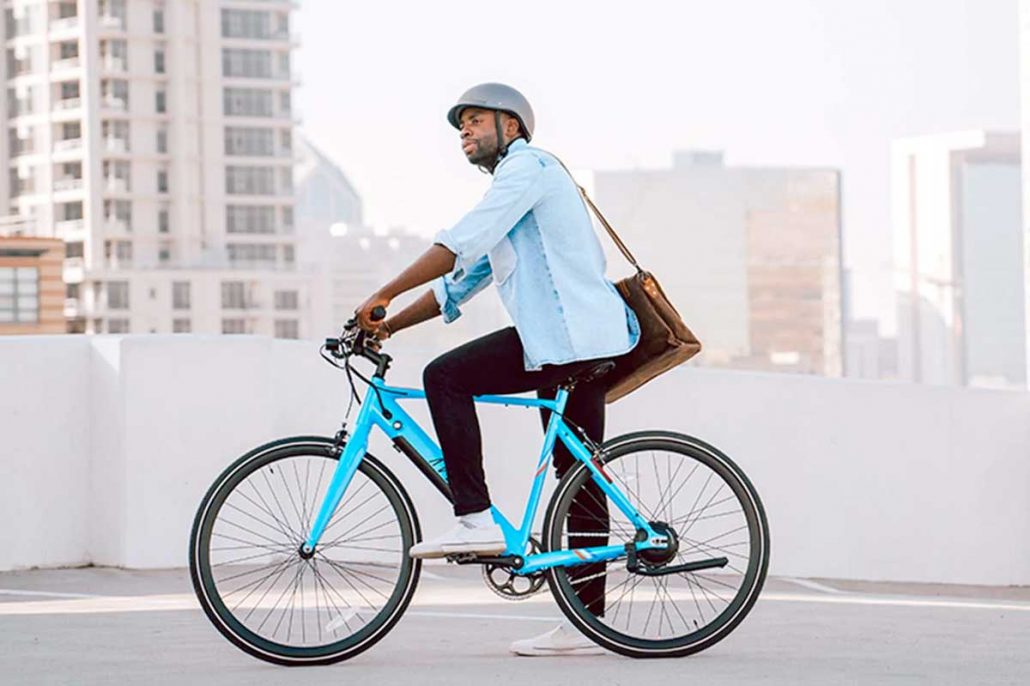 The Environmental Impacts of Riding an Ebike

The growth of electric modes of transportation have been touted as one of the ways in which every member of society can do their part to save our planet from the looming climate crisis that is talked about so much. Besides ‘getting fit’ the environmental issue is one of the top reasons why many people are switching from their cars to other forms of transportation such as ebikes. But do the benefits of switching to an ebike stop at the reduction of carbon emissions?

Last year Aventon released a piece detailing ‘How Much Money Can Ebike Commuting Save You?‘ here we’re going to uncover the wide variety of environmental benefits riding an ebike has over using a fossil fuel power vehicle.

The first thing which comes to mind when thinking about the benefits of cycling over using a vehicle is the lack of greenhouse gasses emitted by these alternative modes of transport. Ebikes and their manual counterparts emit zero emissions. Compare that to an average passenger vehicle that has a fuel economy of about 22 miles per gallon and drives around 11,500 miles per year will emit 4.6 metric tonnes of carbon dioxide per year. This alone, will significantly reduce your carbon footprint.

Smog and air pollution have been a growing concern in major cities throughout the USA and, according to the American Lung Association, nearly 50% of Americans now live with and breathe polluted air. Riding an ebike instead of using a gas or diesel powered vehicle cuts down on an individual’s contribution to air pollution and greenhouse gasses, helping to make the world’s air cleaner and better for all.

Simply put, ebikes make little to no noise, especially when compared to a car. The noise impact they have is not much more than that of a regular bicycle. As you can expect the motor on an ebike does emit some sound, but this is often masked by the sound of the tires on the asphalt, pavement, or dirt beneath you.

It may not seem like a big talking point but the more people who leave their car at home and choose to commute via an alternative method, the less cars there are on the road. In turn this means that traffic can flow faster and smoother, making the cars left on the road that little bit more environmentally friendly by reducing the amount of time they spend on the road and increasing their fuel efficiency on the commute.

Whilst we build roads to be long lasting they do not last forever thanks to general wear and tear. Riding a light ebike instead of driving a heavy car on these asphalt surfaces reduces the amount of impact and wear and tear on these road surfaces increasing their longevity and decreasing how often they need to be resurfaced.

We all perceive electrically powered vehicles and ebikes to be better for the environment, but the batteries that power these modes of transportation are not always the most environmentally friendly. Conventional car batteries are made using lead acid, which can be very harmful to the environment and ecosystems if improperly disposed of.

Aventon ebikes use lithium ion batteries which are becoming more and more widely recyclable. It is currently cheaper to mine lithium rather than recycle it but with deposits of lithium dwindling and recycling facilities for this material growing in numbers, this fact is to be upturned in the near future. One of the reasons for this is that lithium has a host of other modern applications including being used in the construction of phones, tablets, and laptops. So the more we recycle the less we dig up our planet and the less we waste by putting things into landfills.

Some may point out that, when compared to conventional bicycles, ebikes actually have more of an environmental impact because they require charging. But this particular point can be mitigated by the owner with the simple use of environmentally friendly energy sources.

Sustainable power sources are becoming more and more popular and people nationwide are adding both wind and solar power to their houses, reducing the load on the national grid system and our dependency of fossil fuels. If you’re using these power sources, the small energy needs of charging your ebike battery can easily be met by these sustainable energy sources.

What About Electric Cars?

The other electric based technology which has grown in popularity alongside the rise of the ebike is the electric car. There are some who are choosing to go electric with their vehicle choice, instead of choosing to ride an ebike or regular bicycle to work because it is marketed as an eco-friendly alternative. Whilst the eco-friendliness of an electric car, when compared to a regular car, cannot be understated, how does the electric car stand up next to an ebike?

A vehicle that operates exclusively on electricity will not emit any emissions. However, it is important to understand that there are 2 general categories of vehicle emissions: direct and life cycle. Direct emissions are the emissions coming out of the vehicle during usage, life cycle emissions include all emissions related to the vehicle’s production, processing, distribution, use, and disposal. That being said, while both electric autos and electric bikes emit zero emissions, they both have life cycle emissions attributed to them. Both ebikes and electric cars are great and green alternatives that reduce the users carbon footprint but, in a side by side race, ebikes have a much more positive impact on the environment than electric cars.

The Greener Way To Get Around

Ebikes are touted as the greener and cleaner way to commute back and forth to work. However, we are finding that many of our customers -both those who’ve bought them for leisure and commuting- are using their ebikes to travel to locations where they would previously have used their car. Whether that be to head out their favorite coffee shop to grab a morning brew, to cycle down to the beach or a piece of National Park property for a stroll.

Once people discover how far and how effortlessly they can travel on their ebike, they’re more inclined to get on their ebike instead of into their car to complete errands, visit local points of interest, friends or family members. All of this further reduces the amount of cars on the road, and the results of this accumulates on top of all the points made previously: wear and tear on the roads, lower levels of pollution, less congestion, and fewer greenhouse gas emissions.

Ebikes are greater than driving a car for two main reasons 1. They can help improve both your mental and physical health, 2. They’re much better for the environment than anything that needs to be fed fossil fuels on a weekly, sometimes daily, basis.

With all the focus that has been placed on the environment in the last decade it is no wonder that riding an ebikes instead of using a vehicle is widely being publicized as a way in which we can all do our little bit to help save our planet.