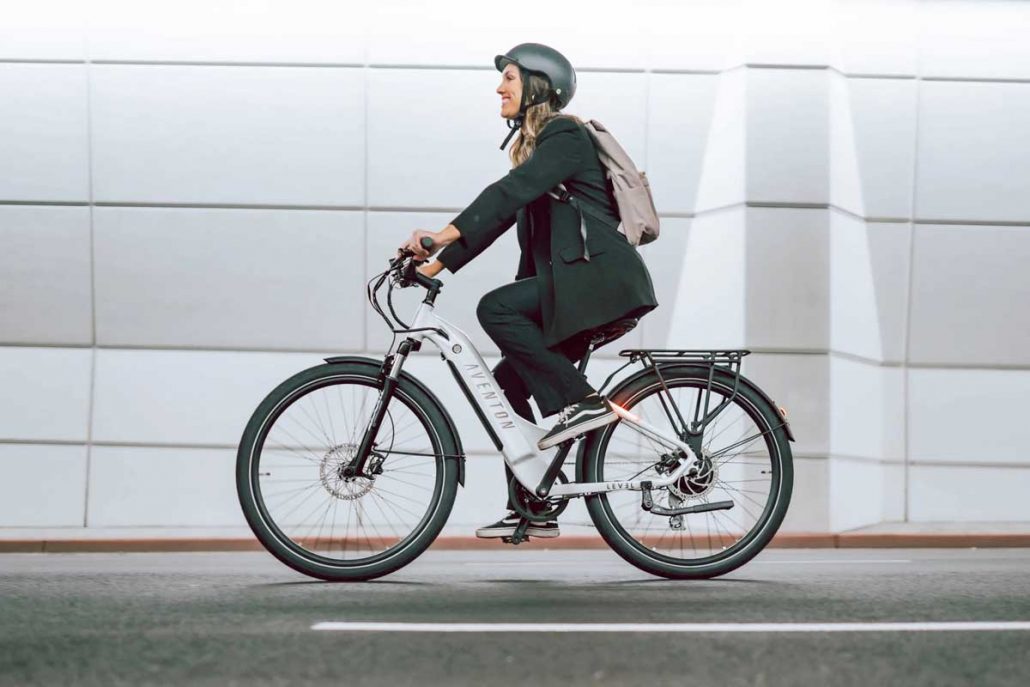 Nowadays, most electric bikes have some sort of pedal-assist (PAS) system that provides riders with a varying level of assistance on an as-needed basis. Riding an electric bike with extra help is as simple as turning PAS on, starting to pedal, and feeling the motor kick into gear. But what are the internal mechanisms that allow these actions to engage?

Electric bikes are generally equipped with either one of two sensors: Cadence or Torque. Cadence and torque sensors communicate to an electric bike’s pedal-assist system (PAS) when to engage the motor and propel the bike forward. While both cadence and torque sensors have the power to activate ebike motors and propel riders forward, they aren’t the same. When shopping around for an ebike, it’s imperative to learn the differences between torque and cadence sensors and the impacts they may have on an ebike’s performance and ride.

The majority of cadence-based pedal assist systems engage an electric bike’s motor when a rider begins to pedal. To explain it simply, when the sensor detects any form of movement from the pedals (while PAS is turned on), it sends a signal to the motor to start working. The motor then prescribes a set amount of power to move the rider forward.

The amount of effort a rider puts into pedaling and the selected pedal assist level will influence the amount of power the motor contributes. On cadence-based pedal assist systems, manufacturers typically have predetermined and preset speeds per each level of pedal assist. As a rider’s pedal cadence increases, the motor will continue to output until it reaches that pre-defined threshold, maintaining it as necessary amid varying terrains, gear levels, and the rider’s ongoing pedal cadence. In short:

One of the biggest advantages of riding an ebike with a cadence sensor is its ease of use; Cadence sensor-based ebikes require relatively light pressure on the pedals to activate the motor. So, riders can put in as minimal effort or their absolute maximum and the motor will still engage, albeit at different levels. This makes cadence-based ebikes a great option for recreational riders or riders with physical limitations who are looking for an effortless way to ride.

Cadence-based systems can act like an “on” and “off” switch. In other words, riders get help at preset speeds when they pedal and they stop receiving assistance when they stop pedaling. Given this, ebikes with cadence sensors are generally guaranteed to provide their riders with consistent power and consistent assistance whenever they need it; They do not need to put in extra effort for extra power. Whether riders are going up a hill and want to do the bare minimum or are cruising around their neighborhood wanting a little boost to go faster, cadence technology will always prescribe a set and consistent amount of power.

Flexibility to Cruise and Ride Fast

To reiterate the above points, cadence sensors require minimal effort from riders to provide them with maximum assistance from an ebike’s motor. These types of ebikes are typically packed with power and ready to go! This gives riders flexibility to have options. They can choose if they want to cruise around and have a leisurely ride, thus pedaling in lower assist levels for less assistance. Or, they can crank the PAS level higher to literally feel the wind on their faces. Ultimately, it’s up to the rider how much help they want, but cadence-based ebikes will consistently provide a prescribed level of help.

For riders who want to feel more in sync with their electric bikes and truly feel their contribution, cadence sensors can make PAS feel jerky and counterintuitive. Now, that isn’t to say that riders can’t still feel an intense workout riding an ebike with cadence sensors. Instead, if the goal is to find an electric bike whose PAS naturally works with you rather than doing a majority of the work for you, one with cadence-based technology may not be the best fit.

Range is an important factor when considering which electric bike is best for you, and there are a variety of variables that will ultimately have an effect on the projected vs. real-life range an ebike will have. Extensive use of cadence-based PAS, especially at higher levels for prolonger periods, will use a significant amount of an ebike’s battery to engage the motor. Thus, affecting how far it can go on a single charge.

This point is ultimately subjective, but depending on the rider’s activity levels, preferences, and riding needs, cadence-based electric bikes can feel as though they’re not putting in enough work. Since the sensors communicate to engage the motor anytime motion at the pedals is sensed, riders might feel as though they’re receiving too much PAS for how little they’re putting in. Or, that it’s just too much assistance for them, period. Meanwhile, for others, this is exactly what they’re looking for: an absolute riding experience that requires less effort!

What Are Torque Sensors?

While cadence-based sensors measure if a rider is pedaling, torque sensors use a precision strain gauge to measure how hard riders are pedaling. A torque sensor measures how much force a rider applies to the pedals, to then determine how much power the motor should output to the ebike. Torque sensors make these adjustments in real-time, increasing or decreasing the motor’s output in unison with the amount of pedal force a rider applies. In other words, a torque sensor is taking your efforts and amplifying your every input. In short:

Advantages of An Ebike with a Torque Sensor

Rides may feel more intuitive since a torque sensor is able to adjust the motor’s level of assistance to match the rider’s pedaling efforts. Riders won’t get a sudden jolt of power when changing PAS levels since the torque sensor notices when to deliver power and does so gradually and dynamically. In many cases, a torque-sensor PAS can mirror the feel of riding a regular bicycle as riders can have a direct connection to the motor.

Since torque-based PAS systems do not produce predetermined amounts of output at any given PAS level, riders may be able to conserve their battery power and ride farther. With its motor simply assisting riders, depending on how much effort they’re putting in, torque-based ebikes won’t overconsume energy. Instead, they’ll deliver only what’s needed to allow riders to feel like they’re powering their ebike, as opposed to their ebike doing the heavy legwork entirely for them. Ultimately, giving them more control over their ride, their ebike, and their experience.

Riders get out what they put in with a torque sensor. So, to reach a higher PAS speed, they’ll need to put more work into pedaling a torque-based system versus a cadence-based system that will immediately output riders at higher set speeds. Furthermore, once the top speed is reached on an ebike with a torque sensor, sustaining the top speed will also require more continued pedal power.

To reiterate and expand on the points discussed above, torque-based PAS systems will require some more effort from their riders to power up and reach their top potential. Ultimately, this factor is also subjective on who the rider is, what their activity levels are, and what their riding needs and preferences are. If a cadence-based PAS system feels too effortless, then a torque-based PAS system is the next option. The sensors detect just how much effort you’re putting into your ride to amplify your efforts, as opposed to overshadowing your efforts, giving you a more natural and intuitive connection to your ebike!

At the end of the day, understanding torque and cadence sensors isn’t a matter of ‘which one is better?’ but ‘which one is better for me?’ Cadence sensor PAS technologies have become an industry staple for riders who are looking for an ebike that’s easy to use, has plenty of power, and gives them the freedom to put in as much or as little effort as they want without missing power. On the other hand, torque sensor PAS technologies take ownership of the rider’s input and multiply it, providing a more natural and intuitive riding experience.

Both types of electric bikes will ultimately give the rider exactly what they’re looking for: battery-powered assistance when riding. The question to ask yourself is, how much or how little work do you want to put in to receive that assistance? If you want the option to put in the pedaling power when desired yet have the flexibility to rely solely on high and powerful speeds, try test riding an ebike with a cadence sensor. Or, if you want your ebike to simply amplify your efforts, consider test riding one that’s equipped with a torque sensor!