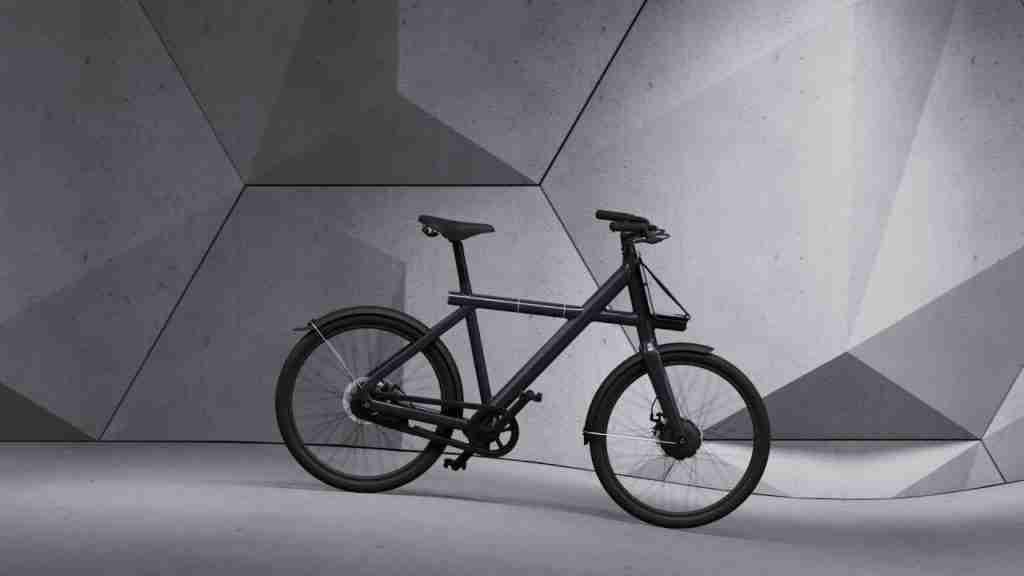 E-bikes are costly. The simplest pedal-assist bikes start at around $1,000 and quickly rise well above $3,000 once a little addition is added to the design.

But just imagine an e-bike being shared with the entire family to help justify the cost?

Imagine the value you’ll get using an e-bike as a daily commuter during the week, and then handing it off on the weekend or evenings to someone that needs it.

To do that, you’d need a bike with visual appeal and a frame that can accommodate riders of all sizes. Something like the Electrified X2 from Dutch bike maker VanMoof.

Commuters are now discovering the benefits of electrified personal travel. The e-bike strikes a good balance of price, convenience, safety, comfort, range, and familiarity to most people.

E-bikes greatly extend the radius of what is normally considered bikeable, allowing riders to arrive at work sweat-free while also promoting a healthier planet and person. Many e-bike commuters have been able to reduce their need for cars and public transportation helping to offset the cost of the bike.

The Electrified X2, available in both black and white, can accommodate riders as small as 5 feet (155 cm) or as tall as 6 feet 5 inches (200 cm). The compact X-frame design, popular in Asia, also features 24-inch wheels instead of the larger 28-inch ones found on most city bikes.

The X2 is small, but not like a Brompton. The VanMoof doesn’t fold like a Brompton bicycle, however that could cost you if you’re planning to take the X2 on public transport where folding bikes are often allowed to be carried on for free.

A non-removable 504Wh battery is housed in the down tube, and can be removed by any bike shop when it needs replacing. The 250W motor is in the front-wheel hub, giving off a max speed of 32 km/h (22 mph). 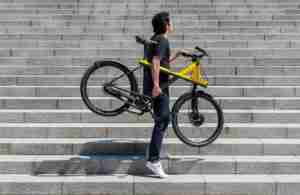 The motor’s not silent, so you can’t fake your super-human speed: it’s a little louder than that latest generation of Bosch mid-drive motors, but not as loud as the Mate X.

The X2 features a removable “Smart Cartridge” in the top tube, containing the printed circuit board, radios, display, controller, etc. That way if VanMoof can’t remotely repair your bike with a software tweak you can always remove the cartridge yourself and send it in without shipping the entire bike.

A very useful Boost button near the right grip can be pressed and held when you need an extra push off the starting line or up an incline. It’s addictive to use but will shorten your expected range.

VanMoof claims a range of 150km in eco mode, but that must be very tedious and slow. The battery on X2 gets fully charged in about four hours. It’ll charge from 0 to 50 percent in 80 minutes, says the company.

Although the battery’s not removable, the X2 easily fits through doors or into an elevator where it can be charged inside. The X2 is surprisingly heavy at nearly 42 pounds (19 kg). The Electrified X2 features a two-speed automatic transmission.

Even with the motor off, the VanMoof is surprisingly easy to propel forward with your leg strength alone, something that’s good to know if you ever run down your battery.

One of the trademark design flourishes of VanMoof bikes is the extended top tube with integrated front and rear lighting. The front light produces 40 Lux while the rear light is designed for a wide angle of visibility. The lights can be set to on, off, or automatic.

The X2 comes with a whole host of tech. Chief amongst them is the display, 166 LEDs integrated right into the aluminum of the top tube. It’s such a lovely piece of engineering that the display alone would make you buy a VanMoof. It can be difficult to see in direct sunlight, but it shows the bike’s battery level, speed, and other useful data, in addition to whether it’s locked or not.

The X2 features a built-in “Stealth Lock,” a locking pin that you kick to secure the rear wheel and arm the theft defense. If someone jostles your X2 after the Stealth Lock is engaged, a sinister animated skull appears on the display, an alarm sounds, and the front and rear lights begin to flash. Theft protection is VanMoof’s calling card.

If movement continues for more than a minute, the alarm will sound continuously. If it’s not disarmed within two minutes the X2 goes into theft mode: S.O.S. appears on the display, the bike starts broadcasting its location to VanMoof, and the motor and all smart functionality is disabled.

There’s also a VanMoof app, for those who prefer to lock / unlock their bikes that way.

The app also has options that let you unlock the bike when you’re nearby. It worked fine the few times I tested it. The app also shows your bike’s location, which can be helpful when searching for your bike in the massive bicycle parking structures.

As a city bike, a carrier is critical for trips to the market and what not. The front carrier on the X2, is as compact as the bike itself. It’s big enough to haul a small bag or a briefcase.

Vanmoof also sells two other hauling options for the X2: an attractive bamboo-clad basket capable of holding up to 22 pounds (10 kgs) of goods, or a rather dull, but likely more useful rear carrier capable of supporting 33 pounds (15 kgs).

Riding the X2 feels like riding a full-sized city bike. It is an extraordinarily impressive e-bike that’s suitable for sharing thanks to its ability to accommodate such a vast range of rider heights. It has a relatively diminutive size, but in a big, densely congested city, its smaller size is a real advantage.

The X2 is worth every bit especially for families, or any shared housing situation that can maximize its use. Yes, you can get cheaper e-bikes, but not with such complex engineering, thoughtful design, long list of useful features, and proven commitment to service.